Miriam and Calvin Gingerich have been trying for a baby for several years, but the Lord hasn’t seen fit to bless them. Though Calvin claims he’s content with their childless state, Miriam knows he’s not, and when he starts spending more time off their farm, she worries he’s found someone else. But just as she finds herself at her lowest point, she discovers the ultimate surprise. Unable to confide in anyone who might tell Calvin—out of fear she’ll disappoint him with another miscarriage—Miriam turns to bookmobile librarian Sarah Anne Miller—and any books she may have on pregnancy and childbirth.

Calvin has been keeping a secret from his wife, but it’s not another woman. It’s a little boy. One afternoon when visiting Sarah Anne’s bookmobile, he meets Miles, a ten-year-old living with a foster family down the road. But after spending more time with the boy, Calvin learns that his foster family has no plans to adopt him. Calvin feels a connection with Miles and yearns to give the boy a home, but he’s afraid to tell Miriam, knowing she’s devastated they can’t have children of their own.

As weeks pass and Sarah Anne learns that Miles has nearly given up hope of ever finding a real home, she knows it’s time to intervene. It’s going to take some fancy footwork and a whole lot of prayer, but she knows she can help make this struggling couple into a happy family of four. 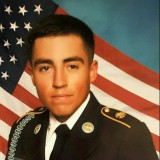